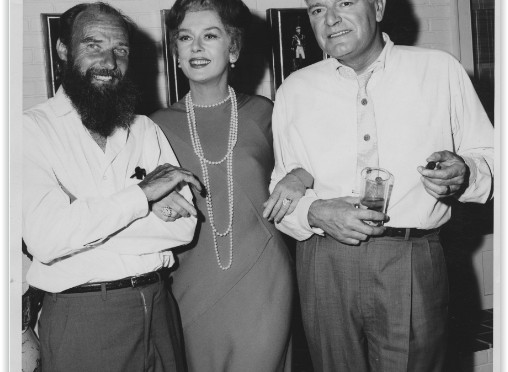 If you didn’t believe in leprechauns before this, you will after reading Leonard Wibberley’s McGillicuddy McGotham. The 60th anniversary edition is due to be released on March 10, 2016 (today!) Although this charming tale about a little Irish man hardly bigger than a dime who makes quite a rumble in Washington, D.C. was written in 1956, I found it to be timeless. This is a story that would be perfect for middle school-aged children and young adults, so if anything, it is something for children to read just in time for St. Patrick’s Day. As a child with no real Irish background, the only memories of hearing about leprechauns occurred at school. As we all know the tradition goes, if you don’t wear green on St. Patrick’s Day (every March 17), you get pinched. I imagine this is related to leprechauns in some way, since legend has it that leprechauns are mischievous and little troublemakers. I have a clear memory of entering my classroom when I was fairly young, only to discover my desk had a sparkling green streak straight across it. The teacher told us, “Oh, no, I think it was the leprechaun!” and so we were made to believe that a little green man had secretly been sneaking in our classroom when we weren’t there and what he left behind were his green marks. We live in a time where children are exposed to the truth about a lot of things that we were not exposed to as children. This magical story brings back the innocence of childhood—the wonder, the curiosity, the “what if?” questions.

McGillicuddy McGotham is full of comedy, mischief and inspirational changes. The title character—the leprechaun in question—is a tiny man with enormous pride and a delusional interpretation of economic value. In other words, a piece of the most dazzling silver paper is worth a lot more to Mr. McGillicuddy than all the real pots of gold in the world. I was wrong to think that leprechauns had the most precious gold and jewels in their tiny pot of treasure that they keep hidden from the world. This book reveals the truth—every one of us has a distinctive perception of which people and things are worth the most. Are the most valuable things in our lives worth so much of that green paper that accumulates in your bank account? Or are they things that expect no monetary compensation from us and yet produce an even more satisfying outcome? It varies for everyone, but I believe it’s a message to keep in the back of all our minds.

Timothy Patrick Fergus Kevin Sean Desmond McGillicuddy (cutting out most of his names to save on time) can only be seen by Irish people, and even then, only one at a time. I suppose this explains why leprechauns do all their funny tricks when nobody is looking. The whimsical actions of the miniscule McGillicuddy obviously caught the eye of our favorite star, Rosalind Russell. In 1956 when this book was published, she was making her famous comeback as the wonderful Auntie Mame on Broadway. As there would be no part for Roz in a play version, she must have been itching to collaborate on a writing project. She and Mr. Wibberley had exchanges back and forth, mulling over ideas for a musical comedy version retitled Little Mac. This collaboration might have been a stroke of genius, or it might have been a total flop. Unfortunately, we will never know as there is little evidence of it going past the preliminary brainstorming stage. It is possible that Rosalind became caught up in the fame, publicity and work that her indomitable Auntie Mame brought her.

I think Rosalind and Leonard had a good thing going for them, as it is hinted in the letters that they had a charming and fun relationship. They made the man who is head of construction of the airport being built on Irish soil a principal part of the play. Being in construction, he thinks the police as the enemy, so it was coming to fruition that maybe they would make Little Mac a policeman, hinting that leprechauns were a bit like “The Irish Mafia.” They were just pounding out an outline and I think it had promise, which is why it’s unfortunate it was never finished. There are not very many new facts for Rosalind Russell fans in this 60th anniversary edition besides the letters. But the leprechaun story itself is worth a read.

In Wibberley’s book, McGillicuddy often tells Brian, his chosen Irish-American human, about the pride that should swell in all who are Irish. For a man of such diminutive stature, he spouts as much wisdom as possible in impressionable 10-year-old Brian’s ear. One philosophy spoken by the leprechaun that is the true heart of the story is the loss of childlike innocence as we become adults. Using a man’s spectacles as a metaphor, he explains that all people are born without glasses and we see others are human beings, which is indeed what they are. We as children do not see others for the color of their skin, their beliefs, their religion, their flaws, their eccentricities, and above all, the things that make them different from us. As McGillicuddy relates, when we get older, we acquire glasses, which makes us gradually see others as different from ourselves. We see the intricacies of other humans, the negative standing out more than anything. “He finds that they are wrong and that he alone is right,” McGillicuddy adds to his eye-opening philosophy.

Even the tiny well-dressed man in green sees others differently, but he also thinks he needs to stand up to these others who think they can walk all over those who are smaller. He eventually winds up in Washington, D.C. to protest (Brian talking for him) an airplane runway being constructed on leprechaun land. He has made believers of skeptics and has tenaciously made it to the President’s oval office. At the St. Patrick’s Day parade, Mac informs Brian that on this day of marvelous green and Irish pride, “Everybody’s an Irishman…today.”

And may we all feel the pride and mischief of the Irish leprechaun every once in a while—to lift us up when we are down on ourselves and to let go of inhibitions when we are feeling our most vulnerable. If a man only an inch high can accomplish all he did, so can we.

I invite you to purchase the eBook here of McGillicuddy McGotham: 60th Anniversary Edition. Link below: