Howdy folks,
I see from the results of the first poll that Hildy Johnson is the favorite character. Good choice, all J Mame Dennis is my personal favorite, in case you were wondering. I watched the movie Evelyn Prentice about a week ago. It is from 1934 and stars William Powell and Myrna Loy, my favorite on-screen couple. Of course I’ve seen this movie several times already because not only is it a Bill and Myrna film, but it was Roz’s screen debut. While Roz is gone within the first 15 minutes of the movie and comes off as somewhat of a “homewrecker,” it is very interesting to see her in her first movie at the age of 27.
I remember reading that she did not quite know how the movie business worked, having been in summer stock up until that point. Bill Powell had to tell her that she could not just simply walk into the scene and walk out. She had to stop on the marked spots on the ground. The shot had to be just right, after all, hence the marks on the floor. 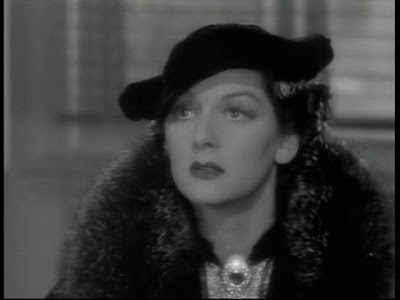 One thing I notice in this film is how low and soft Roz’s voice is. It is not quite the voice we are probably used to—that loud voice full of excitement and energy, ready to instill laughter at any given moment. I am glad she went on to her famous comedic roles, but “Evelyn Prentice” was a still a good start for her. I believe the small roles she received in the first few years at MGM probably gave her plenty of time to hone her acting skills in a variety of roles, from drama to comedy. Another thing that stood out to me was how her dark clothing (her character is a widow) looked with her equally dark hair and eyes. Very interesting effect and she did well her first time up at bat. 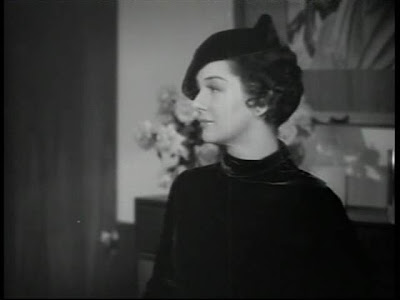 On a last note, Bill and Myrna are as adorable as ever, although this is more drama than comedy. The last courtroom scene with Myrna crying on the witness stand always moves me. She just breaks my heart in that scene! 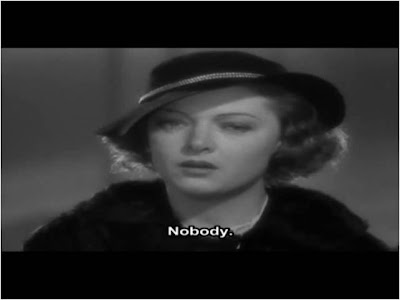 I’m signing off for now, friends. See you later 🙂